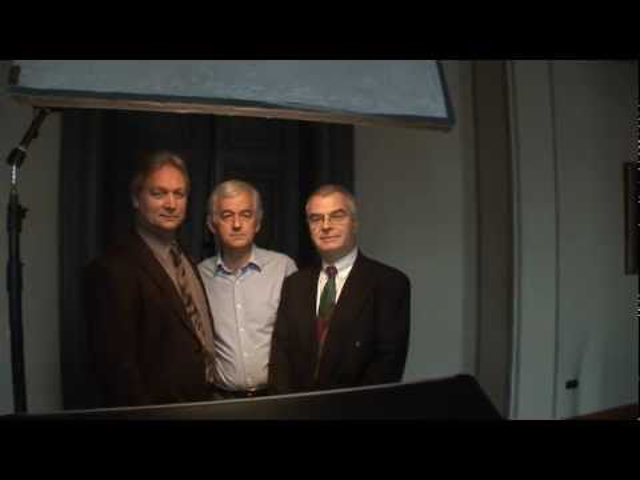 The Brain Prize is a personal prize awarded to one or more scientists who have distinguished themselves by an outstanding contribution to European neuroscience.

The three Hungarian neuroscientists have been awarded the € 1 million The Brain Prize 2011. For their brilliant analysis of brain circuits involved in memory, György Buzsáki, Tamás Freund, and Péter Somogyi are to be handed the prestigious Danish prize, which considering its recognition and financial reward may rise in rank to the Nobel-prize, in Copenhagen, May 2, 2011.

Copenhagen, Denmark 4th March, 2011: The Grete Lundbeck European Brain Research Foundation announced today that The Brain Prize 2011 is jointly awarded to three Hungarian scientists, Péter Somogyi, Tamás Freund and György Buzsáki, ‘for their wide-ranging, technically and conceptually brilliant research on the functional organization of neuronal circuits in the cerebral cortex, especially in the hippo­campus, a region that is crucial for certain forms of memory'. The three scientists are all native Hungarians, who from their current locations in Europe and the USA share an interest in the way in which circuits of nerve cells process information in the brain.

Although the work of these three Hungarian researchers has been aimed at fundamental understanding of brain function, it is illuminating the causes and symptoms of a variety of clinical conditions, from epilepsy and Parkinson's disease to anxiety and dementia. It has set the gold standard for correlating structure and function, from molecules to behaviour.

"In order to know how the brain processes information we need a complete description of the structure of nerve cells and the dynamic characteristics of the connections between them.  The work of Péter Somogyi, Tamás Freund and György Buzsáki has provided much of this essential knowledge for the cerebral cortex. Without such painstaking research there will never be full understanding of the brain."

Somogyi, Freund and Buzsáki were all born in Hungary, where they studied and initiated their scientific careers. They symbolize the remarkable quality of Hungarian science, which was sustained through periods of challenge and hardship. They have worked together at Budapest, Oxford and Rutgers University, New Jersey, and had great influence on each other reflected in many joint publications. Despite their use of a variety of technical approaches, they have maintained focus on the structure and function of complex circuits of nerve cells.

Information processing in the brain is one of the greatest challenges for modern neuroscience. The hippocampus, located in the medial temporal lobe of the brain, plays an essential role in the formation of memories of location in space and of personal experience.   In recent years there has been great progress in demonstrating that the human hippocampus is involved in personal memory formation and in describing the functional properties of nerve cells in the hippocampus in animals. The remarkable contribution of Somogyi, Freund and Buzsáki is essential to understanding how this important region of the brain carries out its role in memory.

Péter Somogyi (1950) Hungarian/British - is Director of the Medical Research Council Anatomical Neuropharmacology Unit and Professor of Neurobiology,  Oxford, UK. He pioneered virtuosic methods for the characterization of nerve cell circuits, involving the identification of individual types of nerve cells based on their microscopic structure and the neurotransmitter molecules that they use for communication, the ultra-structural specialization within the synaptic connections between nerve cells, and the electrical responses that are generated at different kinds of synapses. Somogyi's conceptual framework and multidisciplinary approaches to the study of the cerebral cortex leads to explanations of chronocircuitry, a term he coined to reflect the unity of time and space in the brain.

Tamás Freund (1959) Hungarian - is Director of the Institute of Experimental Medicine of the Hungarian Academy of Sciences, Budapest, Hungary. He has concentrated on the role of inhibitory ‘interneurons' - small nerve cells that release the neurotransmitter γ-amino butyric acid (GABA), which reduces activity in nerve cells to which they connect. Freund and his group identified in the hippocampus three novel types of such cells that connect to other inhibitory nerve cells. He made the important discovery that control of inhibitory interneurons by other inhibitory cells regulates rhythmic patterns of activity, which are essential for normal memory formation. He has also demonstrated that cannabinoid-related molecules - naturally occurring transmitters in the brain and certain drugs acting on the brain - work on a specific class of inhibitory nerve cells, and he has suggested ways in which failure of this mechanism might be involved in a variety of diseases.

György Buzsáki (1949) Hungarian/American - is Board of Governors Professor at the Center for Molecular and Behavioral Neuroscience, Rutgers University, Newark, New Jersey, USA. He has been a leader in analysing the physiological properties that arise from the anatomical and molecular characteristics defined by Somogyi, Freund and others.  Buzsáki too has been a technical innovator, developing methods for recording activity at multiple points within circuits of nerve cells in awake, behaving animals. Particularly significant have been his direct observations and rigorous theoretical models of rhythmic activity, and his description of ways in which the dynamic characteristics of brain circuits might contribute to higher cognitive functions.